Linseed (or Flax) is naive to region from the Mediterranean to India and was probably first domesticated in the Fertile Crescent. Flax was extensively cultivated in ancient Egypt. Linseed is an erect annual plant growing to 1.2m tall, with slender stems. The leaves are glaucous green, slender lanceolate, 20-40mm long and 3mm broad. The flowers are pure pale blue, 15-25mm diameter, with five petals; they can also be bright red. The fruit is a round, dry capsule 5-9mm diameter, containing several glossy brown seeds shaped like an apple pip, 4-7mm long. In addition to referring to the plant itself, the word "flax" may refer to the unspun fibres of the flax plant. Linseeds contain high levels of lignans and Omega-3 fatty acids. Lignans may benefit the heart and possess anti-cancer properties. Initial studies suggest that linseed taken in the diet may benefit individuals with certain types of breast and prostate cancers. Linseed may also lessen the severity of diabetes by stabilising blood sugar levels. There is some support for the use of linseed as a laxative due to its dietary fibre content though excessive consumption without liquid can result in intestinal blockage. Consuming large amounts of linseed can impair the effectiveness of certain oral medications, due to its fibre content.

Black pepper (Piper nigrum) is a flowering vine in the family Piperaceae, cultivated for its fruit, which is usually dried and used as a spice and seasoning. The fruit, known as a peppercorn when dried, is a small drupe five millimetres in diameter, dark red when fully mature, containing a single seed. Peppercorns, and the powdered pepper derived from grinding them, may be described as black pepper, white pepper, red/pink pepper, green pepper, and very often simply pepper. The terms pink peppercorns, red pepper, and green pepper are also used to describe the fruits of other, unrelated plants. Black pepper is native to South India (Tamil:milagu; Kannada:menasu; Malayalam:kurumulaku; Telugu:miriyam; Konkani:miriya konu;) and is extensively cultivated there and elsewhere in tropical regions. Black pepper is also cultivated in the Coorg area of Karnataka. The spiciness of black pepper is due to the chemical piperine. Dried ground pepper is one of the most common spices in European cuisine and its descendants, having been known and prized since antiquity for both its flavour and its use as a medicine. It may be found on nearly every dinner table in some parts of the world, often alongside table salt.

Poppy seed is used as an ingredient in many foods. The tiny kidney-shaped seeds are used whole or ground, often as a topping or filling in various baked goods. They are harvested from the opium poppy (Papaver somniferum) seed pods, and have been cultivated by various civilisations. The Sumerians grew them; and the seed is mentioned in ancient medical texts from many civilisations. For instance, the Egyptian papyrus scroll named Ebers Papyrus, written ca. 1550 BCE, lists poppy seed as a sedative. The Minoans, a Bronze Age civilisation which arose on the island of Crete, cultivated poppies for their seed. Since poppy seeds are relatively expensive, they are sometimes mixed with the seeds of Amaranthus paniculatus, which closely resemble poppy seeds. Poppy seeds have long been used as a folk remedy to aid sleeping, promote fertility and wealth, and even to provide magical powers of invisibility. In India, Iran and Turkey poppy seeds are known as Khaskhas or Hashas (pronounced: "Hashhash" or in Persian: "Khash Khaash") and is considered a highly nutritious food item, mostly added in dough while baking bread,and is recommended for pregnant women and new mothers. In Maharashtra, India, Khaskhas is used to garnish Anarsa, a special sweet prepared during the festival of Diwali. 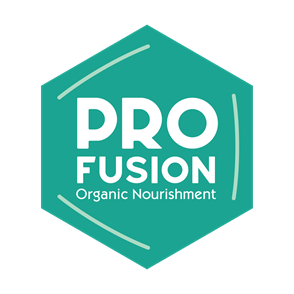 The seeds (and seed oil, see below) of pumpkins, such as Cucurbita pepo varieties have been subject to a great deal of research, especially into the treatment of prostate ailments, and have been shown to be especially rich in steroidal compounds, in addition to their nutritional value. One gram of pumpkin seed protein contains as much L-tryptophan as a full glass of milk, making it of interest to researchers studying the treatment of anxiety disorders. Some people eat the seeds as preventative measure against onset of anxiety attacks, clinical depression and other mood disorders. Some studies have also found pumpkin seeds to prevent arteriosclerosis (hardening of the arteries) and to regulate cholesterol levels in the body. The oil of pumpkin seeds, a culinary speciality in (and important export commodity of) Central European cuisine as a salad oil and (although this destroys its essential fatty acids) a cooking oil, is also used to treat irritable bowel syndrome and various other ailments, both in folk medicine and in modern medical practice and research.